Youri Ballast, Chango Eersel and Clifford Edwards went to the West-German Open BJJthe results could not have been better: 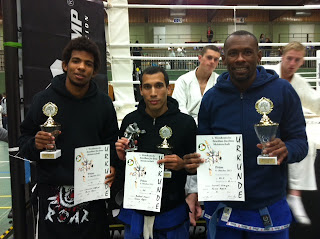