End of the year and a lot of student got their new BJJ belts at Team Agua Amsterdam.

On the picture Andy, Marc and Stephen with their BJJ purple belts. 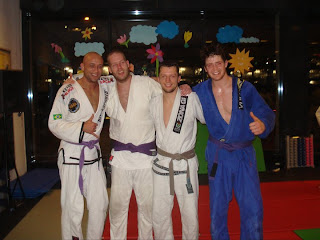